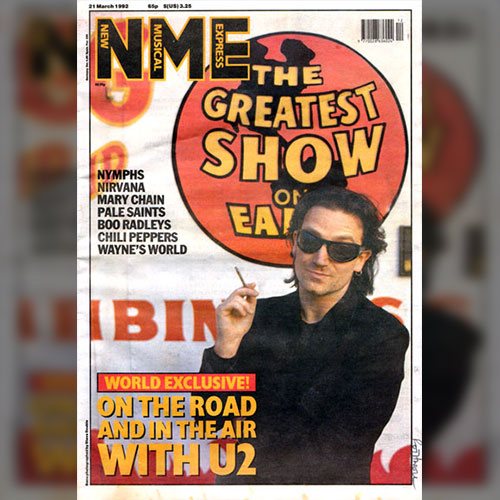 There’s no bleeps ’til Chelmsford, as dance-friendly ravers SUNSCREEM elicit we-love-real-instruments-especially-guitars shock. And still in Essex, check out SUBURBAN RECORDS, putting Romford on the Techno map and challenging Branson for record moguls of the year awards.

Forget the recent image of LFO smashing guitars on the cover of NME; as much as certain people would love you to believe it, guitars are most definitely not redundant yet.

Chelmsford-based SUNSCREEM are substantial proof of this, currently the only rave act (with the possible exception of The Shamen) to incorporate ‘live’ instruments into their Techno-friendly set.

Formed in 1990 around the nucleus of Paul Carnell, Lucia Holme [sic] and Darren Woodford, Sunscreem were fashioned as a reaction to the abundance of PA acts touting their fraudulent DAT wares on the circuit at the time. Two years on and they’re one of the country’s hardest working PAs.

It may be an odd sight to see a band enter the cauldron of a packed rave clutching drumsticks and guitars, but any indie-dance accusations should be withdrawn right now; as their third single Pressure demonstrates, this is hard dance with burning guitars and heaving chunks of bass-laden, piano-ed-up Techno. And being primary a live act, Sunscreem are attempting to break the rules that determine how dance acts should perform.

“I can’t see how any hand that goes off DAT can go forward and progress with their live act,” Paul says incredulously. “Essentially it’s very lazy and amazing that rave crowds continually put up with it. I think a lot of PA acts aren’t the slightest bit interested, they’re just doing it because their label wants them to. We’ve met acts at raves who just turned up because it was on their timetable, and the fact that we were a bunch of people who really looked forward to playing is bemusing to them. It doesn’t seem to bother them, but I think it’s a bit sad.”

Cracking the charts isn’t a priority, for Sunscreem it’s more important than they reach a wider audience through their gigs on the club circuit. And for once a positive view of what the rave scene has created emanates from this collective.

“Because everybody is totally into the music,” Paul says thoughtfully, “this whole scene has broken down radical and sexual barriers, these issues aren’t even entering people’s heads. It has changed people, they may not know who Oscar Wilde is but does that really matter? We’re getting back to what really matters, where people can get on well together and that’s no bad thing at all.”

Also apparent is their excitement at the continual progression of House music and the realisation that it’s still in its relative infancy.

“It excites us when something like The Aphex Twin’s Didgeridoo comes along,” says Paul quietly but enthusiastically, “and you think ‘I wish I’d done that’, but then you realise the possibilities that records like that open up, and as long as technology progresses, so will this music. It’s so open-ended, there is no rule book!”

“We’re just scratching the surface of what we want to do,” offers Darren. “We’ve moved on so much in the last six months and the stuff we’re working on for the album is widely different from what we’re doing at the moment.”

Coming from a studio background, they spend a lot of time getting a healthy sound and people are beginning to notice that. But certain industry ins(n)iders have had the gall to accuse Sunscreem of being nothing but hype, part of the machine. But when you consider the amount of tin-pot records and plastic PAs currently doing the rounds, and you balance it with Sunscreem’s total love for, and dedication to, their music, coupled with the fact that they’ve been devoted House music fans from the word go, then there really is no case against them. The only message to these people is go and check them out, recognise their enthusiasm and witness crowds’ responses.

Lucia has an answer to these critics. “You’ve got to remain true to yourself and do what you want to do, otherwise you’ll be so unhappy whether you’ve got the money or not.”
Screeeeeeeming Massive.