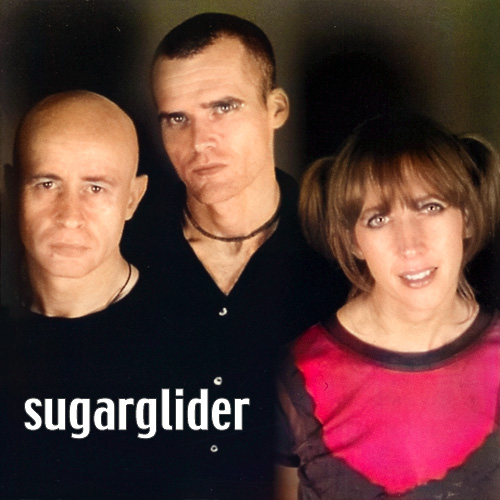 Sugarglider, a pop trio from Essex, England, released several quality vocal house tracks in the late 1990s and early 2000s and attracted some of the best remixers to retool their songs. Sugarglider formed in 1998 with Steve Mortimer, Phil Wyard, and Barbie Thomas at the core. The band originally had four members, however Duncan Mills left the band in 1999, after the release of the first single Love In Vain. In 2001, after the fourth single Slow Motion was completed, Steve Mortimer left the band, and the subsequent single Fragile Shape was recorded without his participation.

Anthony Banks replaced Steve Mortimer in 2001 and and co-wrote what would have been the 5th Sugarglider single Fragile Shape (unreleased commercially). While the original for Fragile Shape was never finished, four remixes were done, two each, by Paralogic (Vocal and Dub) and Carnage (Light and Dark remixes). The Carnage ‘Light’ Remix can only be found on DJ’s Only Compilation  .

Sugarglider ran their own label, ADSR Records (now defunct), and remixed such artists as Depeche Mode, Lamb, New Order, and Madonna among others (and in addition to Sunscreem).

Following the success of Bee Sting Smile, Let Me In was slated to be released in the US in 2001, but the plans never materialized. However, the artwork was finalized, and a 10-track promo CD was released by the US record label.

Third single on ADSR with remixes by Van Bellen and Chiller Twist. Van Bellen Vocal Mix is only available on 12” promo.