Album mix and post-production by Oz Morsley and Paul Carnell. Taken from a set performed by Bongo Ted at Ten Mile Bank, Norfolk, England on 26 Jun 2000.

Who Will Love Me Now and Please Save Me are taken from the feature film “The Passion Of Darkly Noon” directed by Philip Ridley.

The album includes two Sunscreem remixes done under the Chiba guise, as well as new versions of Smile, All Fall Down, and Coda.

There are several iTunes releases, with variations in track names, track times, track numbers, track order, and even hue variations in artwork. At least one version offers a continuous album mix as a bonus track.

In the summer of 2002, Sunscreem’s percussionist Bongo Ted threw a party at Ten Mile Bank in Norfolk and this album is based on the DJ set he played that night. It consists of a seamless blend of tracks recorded by Sunscreem over three years, together with remixes by Matt Darey, Angelic and the Trouser Enthusiasts. Also included are two of Sunscreem’s remixes under the name Chiba.

The album begins and ends with the same haunting vocal “Who Will Love Me Now” originally recorded for the film “Passion Of Darkly Noon”, starring Ashley Judd, which won a Silver award at the European Film Festival in 1997. This near accapella was reworked and remixed by Sunscreem and Belgian maestro Push to spawn the anthem “Please Save Me” which gave Sunscreem a welcome return to the UK charts as well as appearing as the lead track in the film “South West 9”.

I’m lucky, I’m lucky
I can walk under ladders
Yeah I am so lucky
I’m just as lucky as you

In the forest there’s a monster
And it looks so very much like me
Won’t someone hear me singing?
Please save me, please rescue me

How will love me now?
Who will ever love me? 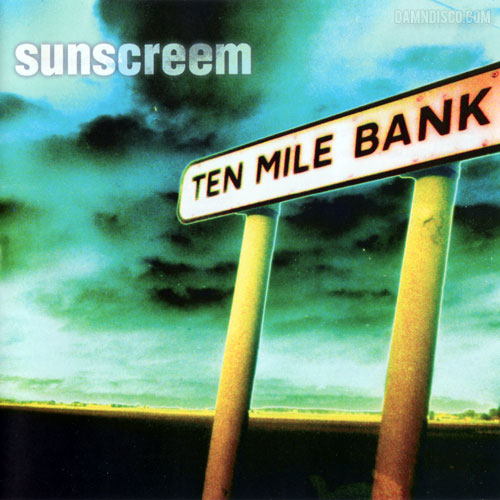 Release • Remix album with two Sunscreem remixes done under the Chiba guise and new versions of Smile, All Fall Down, and Coda.