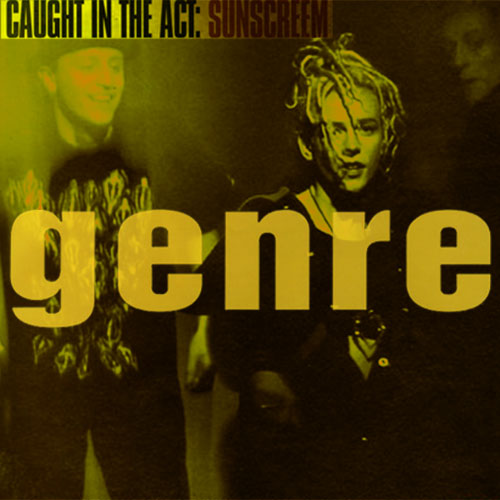 Caught In The Act

If you’re not the type to go up to the DJ and ask “Who was that?” you may think Sunscreem refers to the sound you make when you overdo it at the tanning salon. But if you’ve been on a dance floor since 1994, you have almost certainly shaken your booty off to the likes of Looking At You, Perfect Motion, Love U More, or Sunscreem’s current hit Catch.

Composed of lead singer Lucia Holm – whose blond dreadlocks suggest she is the love child of Madonna and Bob Marley, keyboardist Paul Carnell (who co-writes the songs with her), and percussionist Nick Slingsby, Sunscreem is a true ensemble in an age when most club acts’ “live” shows actually consist of live singing with a tape machine doing backup. This hot group’s new album, which will include the hit single Catch, comes out this spring, accompanied by appearances at gay venues in Toronto, Austin, New York, and back in Los Angeles.

So, what’s the dirt? Anybody sleeping with anybody?

Lucia: Actually, Paul and I are married. And we have a baby daughter, Mina. We brought her with us.

Paul: [smiling] No, to America. She’s at the hotel.

Is she adorable? Of course she is. How does she react to your music?

Paul: She actually sort of waves about a bit in the crib. She seems to like it louder than softer.

She would fit right in here… So what was your favorite gay audience in America?

Lucia: I think… [looking at her partner] Twilo?
Paul and Nick: Yeah, Twilo.

Lucia: It was Gay Pride in New York and the first show George [Dellinger – their US tour manager] had booked us on in America. The energy was amazing.

So Nick the cute drummer, I’ve ignored you. I’m from a gay rag, I have to ask. Any revelations?

Do you ever meet girlfriends of the boys when you’re touring?

No, I mean, like the best girlfriend of a gay boy – you know, the woman who comes with him to a show.

Lucia and Paul: What about Amanda?

OK, most important question. Which Spice Girl would you most like to slap?

Lucia: All of them, I think.

Paul and Nick: Yes, all of them.