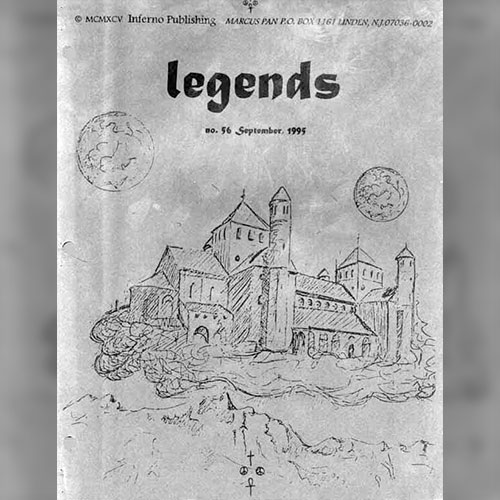 Sunscreem have become known as one of the strongest live dance acts thanks to the heavy gigging they’ve done around their native England. But this past summer they put their performance skills to the test by doing four American dates with New Order. It’s a big jump from clubs to large seated venues, but Sunscreem managed to pull it off impressively. After the band’s performance at Great Woods, which is the last date on the tour, members Lucia Holm and Paul Carnell took the time to discuss what Sunscreem is all about.

“It’s been a really pleasant surprise because we thought that maybe everyone would just sit in their seats,” explains Paul. “But every night we’ve gotten a great reception, particularly last night [at the Meadowlands], which was a big arena with everyone standing. That was like ‘wow’.”

“We didn’t think it was quite possible that we’d come over supporting a band like New Order and getting up in an arena,” says Lucia, adding how it is strange seeing 40 year-olds in the audience.

Sunscreem’s line-up is rounded out by Darren Woodford (guitar), Rob Fricker (bass) and Sean Wright (drums). In concert they are very much a “live” band with the instruments working with the sequencers to back up Lucia’s vocals. But even though they don’t completely rely on it, the electronics can cause problems like tonight when Rob’s keyboard somehow got routed to the drum machine and a bunch of sound modules were not coming through.

“Tonight we had a little bit of a problem with MIDI. It’s the first time we’ve ever had to stop a show, it was just so bad,” says Lucia. But when the problems occurred, the band’s DJ took over by spinning some rave music. Sunscreem come from a background of playing events that featured a mix of both DJs and live acts on the bill. Eventually the group would like to take this kind of event on the road in America as The Shamen and a few other acts have done.

Sunscreem formed in 1990 when the members started going out to clubs and experiencing the changes that were going on in dance music. “It was bizarre. We were just sort of messing around with the idea of trying to mix DJs with guitar,” says Paul. “It wasn’t really planned because Darren, the guitarist, is also a studio engineer who left school at 14 and went to work in the studios and built a studio. So the three of us were really just enthusiasts messing around. When the whole acid house thing hit we were really intrigued because we were into sequencers and stuff. We felt a bit like ‘at last, our music is here’ because we’d been doing that for years.”

As the group started seeing how the acts did PAs to promote their music they realized that they could do something different. “It is a response,” explains Lucia. “We’re not good at miming; we find it uncomfortable. It’s so much more of a buzz when you know what you’re doing is actually making the sound.”

Live, the group mixes everything on stage, feeding only left and right channels to the PA so they are able to keep total control of their music and make it consistent from night to night. The group uses sequencers mainly to control all the MIDI gear; changing the sounds and keyboard splits for each song automatically. Of course they are also responsible for taking over the mind-numbingly repetitive synth parts no one would ever want to actually play, for as Paul says, “That’s what they’re there for!”

Once they started playing out, Sunscreem soon attracted label interest as they were spotted by EMI after only five gigs. They ended up signing with Sony in early 1991 after about a dozen shows. Sunscreem quickly learned about what life was like on a major label, though they have been fairly lucky in terms of getting things their way. “We really kind of like carried on with what we intended to do, play clubs and raves, though the record company wasn’t quite so impressed with that because they wanted us to make records,” says Paul. “We said no, it’s got to stick to what we’re doing.” But there have been some record companies’ actions that the band does not approve of. One was the decision by Columbia Records in America to put a photo on the cover of the debut album O3. “I don’t particularly see why music has to have a face attached to it,” says Paul. “I mean we’re lucky Lucia is a nice face, great, but one of the interesting things about club music is that it’s taken away all the marketing, all the labels, all the packaging. If you like it you’re like ‘oh, this is good’, it’s as simple as that. So I think the anonymity that people have criticized about techno is actually a good thing.”

“Oh yes, I’m dead against that,” agrees Lucia about having the band’s photo on the cover, adding that it is good to get live photos of the bands in magazines, but not put their faces on sleeves. Another problem that came from getting signed was being forced to use producers, as the band says that it slowed down the recording process considerably. Most of O3 is comprised of material they had been crafting in their live shows so they were capable of recording the songs quickly in their own studio. The label, however, insisted that they not produce themselves.

As a band that emerged out of the rave scene Sunscreem don’t like the way it has become blown out of proportion. They refer to “rave” as a “four letter word” and are happy to see it going back underground. “It’s got much smaller,” says Lucia. “The big raves are too commercialized, no one really cares what happens. They’re not as exciting as they used to be. I tend to go to small clubs.”

Paul adds that “it’s not as if people are turning off the music,” explaining that the idealistic feeling that was evident when acid house first hit has died down and people are generally going out less now. There is also an interesting new law in Britain that makes raving even more difficult. “They had passed a law to stop gatherings of more than 500 people without a license and then they got quite extreme, I think, passing something to stop the gathering of more than 5 people with intent to have a party,” says Paul.