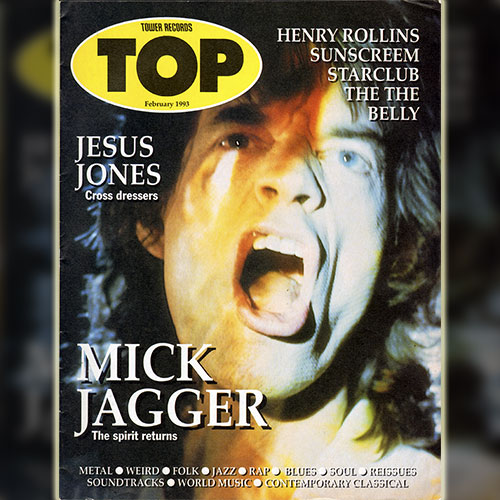 Backstage at The Word there’s an unusual blend of soporific calm and barely contained chaos.

Presenter Katie Puckrick sits alone in the canteen playing with a plate of brussel sprouts, Sister Sledge slink past in a shimmering lurex line, en route to a soundcheck, and a frazzled-looking researcher attempts to find red roses in Wembley for tonight’s star guest Zsa Zsa Gabor. Her other, slightly easier task, is to locate Sunscreem, the motley bunch eagerly feeding in the corner. Easier, that is, if only she knew who they were. Never mind, Essex’s most credible export is unlikely to remain this anonymous for long.

Last year Sunscreem cracked the charts with Perfect Motion, recorded their debut album, O3, and walked off with the DMC Best Newcomer Award. Not bad considering that most people assumed from their logo that they must be some sort of fledgling Iron Maiden. “It’s down to the fact that we’ve played practically every Poly, university and club there is, twice!” explains singer Lucia Holm.

Sunscreem stress that they are very much a live band. Not for them the inane route of arriving with DAT and miming along to a couple of tracks. “You might as well be listening to the DJ,” says keyboard player Paul Carnell. “We like to be in control of our sound and change things according to our mood, otherwise it would get pretty monotonous.”

“We’re a bit of a hybrid in some respects,” he continues. “We’ve got this energy from dance music coming through with the drum and bass sound, but a lot of the set is very guitar-oriented. By adding this sort of texture we’ve gained a kind of crossover appeal.”

Hard to label but easy to like, Sunscreem’s sound is a curious blend of trance soundscapes, nagging hooks, clever digital layering and Lucia’s powerful vocals. “We actually share all the writing,” laughs Lucia, twisting one of her blonde dreadlocks around a finger. “This can often lead to some quite unusual-sounding couplets. I think some people might be a bit shocked if they listened to the lyrics more closely!”

Close allies in the band’s fortunes have been the teams of remixers drafted in to add that extra club zest. Among others, Scotland’s Slam, Boys Own and Leftfield have slapped their inimitable personalities onto the wax. It’s an increasingly common practice but often many bands feel cheated out of their own arrangements.

“It’s not something we’re particularly precious about,” shrugs Lucia. “At the end of the day the song is still ours and I’m always interested to hear how other people interpret what we’ve done. But I admit it can get out of hand when there are ten or so mixes floating around of the same song. Somehow the original idea becomes less definitive.” Which is not unlike the way the band themselves have covered Marianne Faithfull’s Broken English.

“Sunscreem?” enquires the researcher, popping her head round the door. “What exactly does that mean?”

“It’s our favourite synth sound,” replies Lucia, “very percussive and resonant.” And with any luck a note that will resound for some time to come.