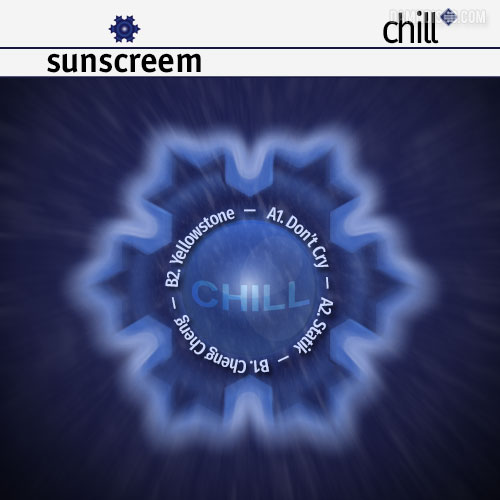 The Chill EP was released in the first half of 1995, with its catalog number (XPR 2139) suggesting it was the first promo from the Change Or Die era. No track names or remixer credits were given on the release; however, the band has graciously filled in the blanks.

Don’t Cry
In a 1996 newsletter, the band referred to this track as the Ambient Mix of White Skies. The proper track title and remixers’ identities have been largely unknown until now. Don’t Cry is available for download on Bandcamp (2 Jan 2021).

Statik
According to the band, the track was always supposed to be called Statik. When Statik was released on CD (White Skies CD single), the title had been inadvertently changed to Static by the record company.

Cheng Cheng
Cheng Cheng is the only track off the Chill EP that ended up on Change Or Die.

Yellowstone
Better known as White Skies (Yellowstone Dub), the track was referred to as the Dub of White Skies in the 1996 Change Or Die newsletter.